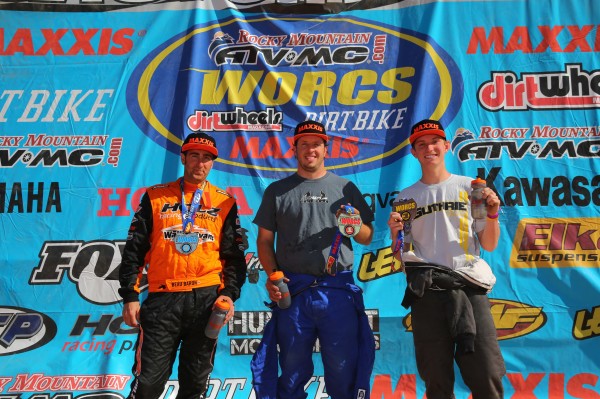 This past weekend would have the Polaris Factory Racing Teams racing in Mexico at the Baja Sur 500 and at WORCS Round 5, in Hurricane, Utah.

SCORE International’s Inaugural Baja Sur 500 is the second race of the 2015 SCORE racing season and was a point-to-point race from Cabo San Lucas to Loreto. Out of the nine finishers, seven would be RZRs, including the winner, Jagged X’s No. 1932 RZR XP 1000 with drivers Brandon Schueler and Scott Kiger, with navigators Chad Hemmer and Justin Kerr.

Twelve UTVs would take off from Cabo San Lucas on a 424-mile race to Loreto. The Jagged X No. 1932 would start at the back of the pack. Schueler and Hemmer would start the race and it was planned that Kiger and Kerr would take over at Pit 3 to run to the finish. By Pit 3, the car was on a very fast part of the course and the chase truck was crawling down a dirt road so the car missed the pit and there was nowhere to access the race course for another 60 miles. Schueler knew he’d run out of gas before that but luckily found some helpful locals who gave him enough gas for him to get to a spot where it could be filled completely and Kiger and Kerr could get in.

Kiger and Kerr would run the No. 1932 for the first time in the dark but that would not stop them from going all in. When the crossed the line, the team was certain they had a solid second-place finish, but after all the penalties were accessed and the tracker was reviewed, Jagged X was proclaimed the winner. Johnny Angal with Eric Ringler and Branden Sims with Craig Hamer, would end up finishing third in the Baja 1000-winning, No. 1921 UTV Inc. RZR XP 4 1000.

Round 5 of the WORCS Racing Series would be at Sand Hollow, in Hurricane, UT. The course is 13 miles of sand dunes and rocky hills giving racers a wide variety of terrain that is both technical and challenging. Polaris Factory Racers would make a clean sweep of the SxS Pro Podium with Ryan Piplic taking the win, Beau Baron taking second and Mitch Guthrie Jr. taking third. The top seven spots would go to RZRs. Piplic would also win the SxS Unlimited class with Guthrie Jr. taking second.

With five rounds in, Polaris Factory Racers are holding the top five positions in the SxS Pro Class with Ryan Piplic leading the class in points, Guthrie Jr. in second, Beau Baron in fourth and RJ Anderson in fifth. Guthrie Jr. also is leading the points in the SxS Unlimited class for the season.

The WORCS Single Seat Class would see three racers line up for the win. Jacob Shaw would take his third straight win in his Polaris ACE with Brian Haag taking second and Ronnie Anderson in third. Shaw leads the class in points with Anderson in second and Haag in third.