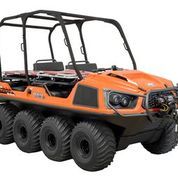 And Announced the Expansion of U.S. Headquarters

Many industry insiders will recognize the name Brian Dick, as he was previously leading a number of engineering, research and development initiatives at Arctic Cat. Brian’s role at ARGO will be Product Team Manager reporting directly to Mark Esala, VP of Engineering.

Brian expressed his excitement by saying, “It is refreshing to be working with an OEM that values the differentiated needs of their customer base and a leadership team that prioritizes their network of established dealers. The team of engineers at ARGO have taken tremendous steps forward and I am happy to contribute to the progression this company has demonstrated.”

Excited to be expanding his team with such a credible veteran such as Brian, Esala happily remarked, “We have a strong team of engineers, and the addition of Brian symbolizes ARGO’s commitment to becoming a driving force making lasting impacts within the powersports industry.”

ARGO has experienced a year with record sales, new staff and new products. When asked about the growth ARGO has shown in the past year and the expansion of the US headquarters, President and CEO, Brad Darling responded saying, “We are working to expand the business through multiple avenues. In doing so, we must also expand and enhance our resources made available to our teams. By investing in the right people and the right work environments, we believe we can continue to take this company to new heights.”