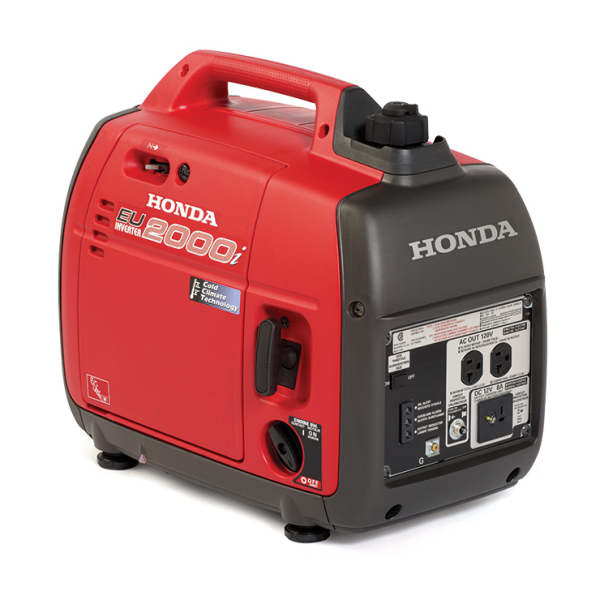 Honda celebrates its 50th anniversary of generator production that transformed from humble beginnings to a pioneering legacy made evident today through its burgeoning business and comprehensive product line.

“Many Canadians first think of Honda’s automobiles,” said, Ab Ghaznavi, Manager, Power Equipment & Marine, Honda Canada. “But as this anniversary illustrates, Honda produces a wide variety of products to help people get things done, from lawnmowers to generators to outboard engines and more.”

In 1965, generators were rare and Honda entered the market with the E300, its first generator. The E300 introduced something different that did not exist before – a design philosophy now inherited through five decades of production. From its cubic shape to its user-friendly appearance and function, the E300 offered the world a small, lightweight, quiet and easy to use option. Like many other pioneering Honda concepts, it brought reliable technology to the masses, something that continues with its current series of generators. For the past 50 years, few items accomplish the goal of helping those in need like its generators, whether for reliable back up power, on job sites, or for recreational use.

Since being introduced, Honda has produced over 13 million generators worldwide, with a generator line up that features 15 models spanning outputs of 1,000 to 10,000 watts.

“We live in a country with diverse landscapes and unpredictable weather conditions, so it is our goal to provide Canadians with a wide-range of environmentally-responsible, safe and useful products to help them with all their needs,” said Ghaznavi. “This includes Canadian exclusive products like Honda Generators that feature our Cold Climate Technology.”

Other industry firsts for Honda’s generator business include the Inverter Series in 1998 that included Eco Throttle and fuel injection being introduced on the EU7000 in 2014. There are over 300 Honda Power Equipment Dealers located across all provinces within Canada. For more information on Honda
generators and current retail offers click HERE.