The Speedwerx/Tralo Motorsports/Arctic Cat Team split up last weekend with Jeremy Houle No. 54 and Jake Jorgensen No. 11 at the final round of the SXS Sports King of the Elements series race at 141 Speedway in Maribel, Wisconsin, while Jack LeTourneau No. 97 and Mike LeTourneau No. 99 headed south to Loretta Lynn’s Ranch in Hurricane Mills, Tennessee, for an AXCC Racing event.

SXS Sports hosted the first-ever short course off-road event under the lights of the 141 Speedway dirt oval track. The SXS Sport crew transformed the facility into a unique short course track with jumps, turns and switchbacks. During the two practice rounds on Friday, Houle had the second fastest time of the day in Pro Stock and Jorgenson’s Sportsman class lap times were consistently in the top 10. 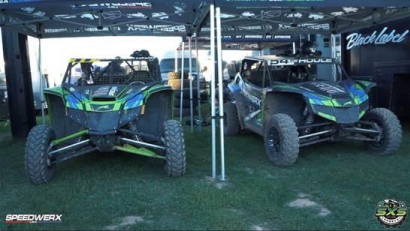 Saturday’s afternoon practice/qualifying round set the starting position for the heat races that evening. The track conditions had changed drastically from Friday and some last-minute setup changes were made, but it wasn’t enough to match Friday’s timesHoule was fifth in his group and Jorgenson seventh. Jorgenson’s heat race was first and he would have needed to finish in eighth place or better to advance to the main event, which he was able to attain. Houle also qualified with a second-place finish. 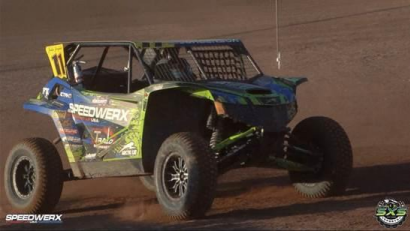 With both cars transferring directly through the heats, the crew had time to prepare for the main events under the lights. Unfortunately, both racers would tangle with other cars causing them to end their nights early.
A highlight video and in-car footage from 141 Speedway can be seen on the
Speedwerx YouTube channel. The entire live broadcast of the event can also
be seen on the SXS Sports Facebook page. 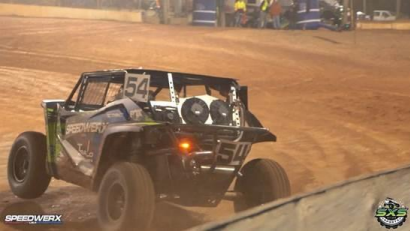 While Houle and Jorgenson had a disappointing end to their weekend in Wisconsin, Jack and Mike LeTourneau fared better at the AXCC Racing event at the famous Loretta Lynn Ranch in Tennessee with each getting a third-place finish in their respective classes. 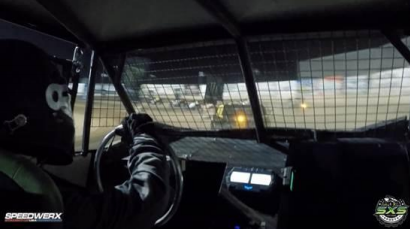 It’s a short turnaround for the team as the Championship Off Road’s inaugural season wraps up at Crandon International Off Road Raceway with the 27th Annual Brush Run this weekend, September 26 and 27. It will be a five-car effort once again, with Houle and Jack LeTourneau in Pro Stock, and Mike LeTourneau, Jorgenson and Jonny Hentges in Sportsman. The team had a great showing during the last event at Crandon with two wins and four more top-five finishes, and they expect more of the same as they look to close out the season strong and move up in the season point standings. The races will again have a free livestream broadcast both days.