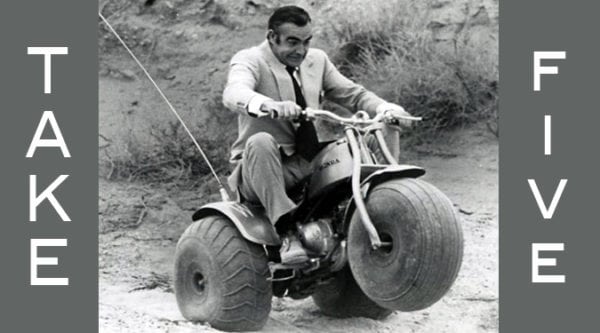 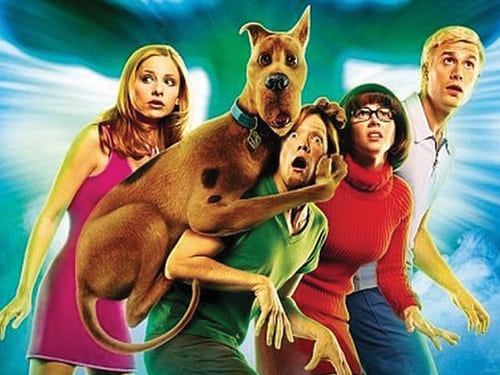 A 2002 live-animated comedy adventure, staring Freddie Prinze Jr. and Sarah Michelle Gellar, taking you back to your early child hood, the animated TV series Scooby Doo. From animation to real world, Scooby Doo and his crime-solving crew are at it again to solve the mystery of incidents at the ultra-hip spring break hot spot located at Spooky Island.  With the tourists turning into real life demons the chase is on to capture Mondavarious and the Daemon Ritus. While being chased down by the Demon tourists, Shaggy and Scooby find themselves trapped in a garage with no escape, Scooby-Doo finds a couple of 2002 Yamaha Raptors to get them out of a sticky situation! 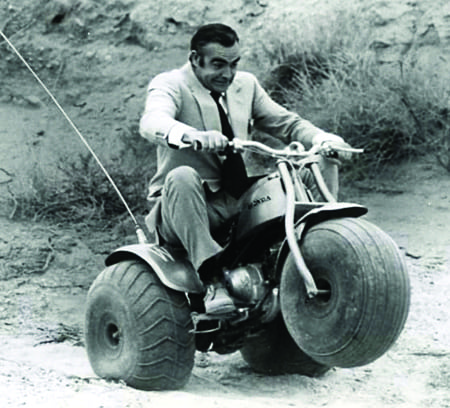 Taking you back to 1971 with this British spy film, how can you not have a Sean Connery, James Bond ATV chase scene! While looking into the weird activities going on in the diamond market, James Bond discovers that his evil nemesis Blofeld is collecting diamonds for his deadly laser satellite. With the fate of the world hanging in the balance 007 sets out to stop Blofeld’s evil plan.  During the Moon Buggy Chase seen, 007 cover’s blown while investigating at Willard Whyte Space Labs and escapes by stealing a moon buggy, not only to be chased by security on a Honda US90 three wheeler across the Las Vegas Dessert. Pull out that old dusty VHS and pop it in.  …Or just check Netflix. 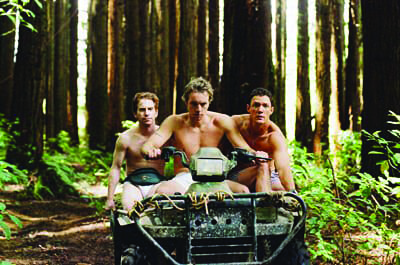 2004 comedy where three friends Tom, Jerry, and Dan set off on a camping trip to where their friend Billy believed the famous airplane hijacker D.B. Cooper hid his money. This was one adventure that they where not prepared for, after falling over a waterfall they are left to fend on their own in the harsh wilderness terrain. Accidentally burning down a massive marijuana field, the trio are chased across the forest by a couple farmers out to get them. After spending the night with a couple Hippie girls in their tree, they thought they where out of the woods, until the farmers track them down threw the CB radio. The trio struggles to find a way out in their tighty-whities, but manage to steal one of the Hillbilly’s 1998 Polaris Magnum 500 ATV’s.

The 2016 comedy staring Zac Efron, Mike & Dave Need Wedding Dates, a film where Mike and Dave are brothers and the troublemakers of the family, always getting out of control at family events. With their sister getting married, the two search to find respectable dates for the wedding in Hawaii. So what do they do, post an ad on Craigslist, makes sense right! While on an ATV tour the two dates, Alice and Tatiana, show off their ATV skills by hitting a jump with style on a Honda TRX. When it comes to Mike’s turn to hit the jump things turn for the worst…  He sent it all right! 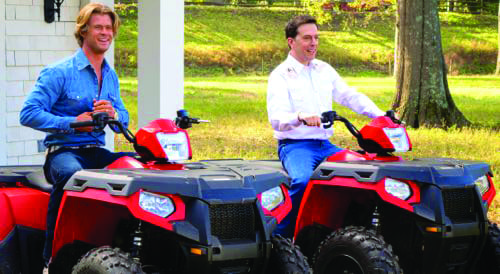 The 2015 continuation on the 1983 comedy National Lampoon’s Vacation, where Rusty Griswold takes his own family on a cross-country excursion to Walley World for some family bonding. With mishaps and strange adventures on the way the Griswold’s are in for a few unfriendly encounters.  While at Audrey Griswold’s Ranch, after a misunderstanding at a hot spring, Russ Griswold and Stone Crandall head out to herd the cattle on a pair of Honda Fourtrax Foremans, “Are their helmets?”  “Yeah I keep them with the tampons!”  With the engines roaring and excitement in the air, Russ gets easily distracted by his family, a butcher happens in a way you wouldn’t think of!