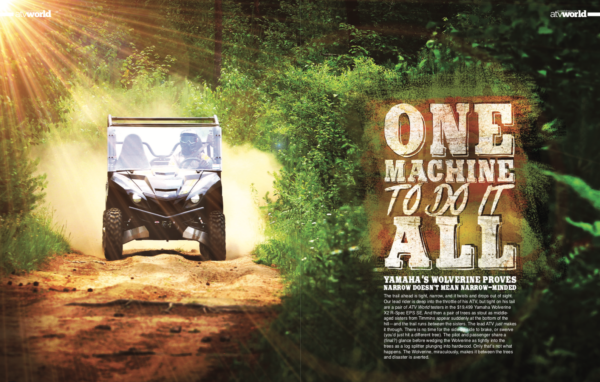 The trail ahead is tight, narrow, and it twists and drops out of sight. Our lead rider is deep into the throttle of his ATV, but tight on his tail are a pair of ATVWorld testers in the $19,499 Yamaha Wolverine X2 R-Spec EPS SE. And then a pair of trees as stout as middle-aged sisters from Timmins appear suddenly at the bottom of the hill—and the trail runs between the sisters. The lead ATV justmakes it through. There is no time for the side-by-side to brake, or swerve (you’d just hit a different tree). The pilot and passenger share a (final?) glance before wedging the Wolverine as tightly into the trees as a log splitter plunging into hardwood. Only that’s not what happens. The Wolverine, miraculously, makes it between the trees and disaster is averted. 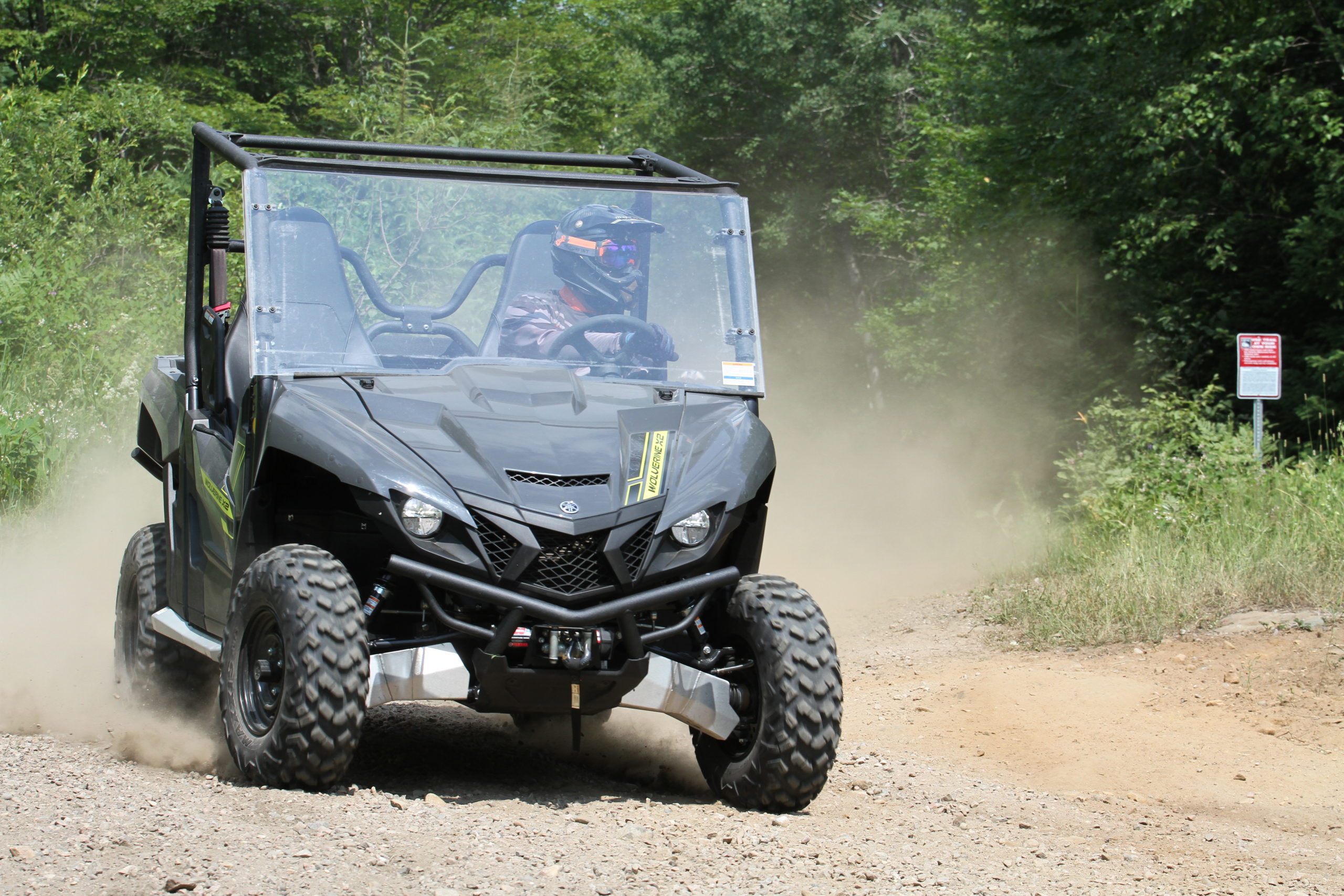 We’re in an era when pickup trucks have a footprint larger than the backyard pools of our youth. But Yamaha bucked the bulging trend of modern vehicles, and made its latest side-by-side narrower than the machine it replaced. It’s such an unusual move as to seem almost radical. At 59 inches side-to-side, the Wolverine is a side-by-side that fits where many machines can’t. Which made our trip through the woods, chasing an ATV, entirely more enjoyable than if the Wolverine was five inches wider.

With just shy of nine inches suspension travel front and rear, the Wolverine deftly brides the utility and performance segments. In other words, you can trail ride it without pummeling your kidneys, while sensible utility traits like a 600-pound-capacity dump bed and 2,000-pound towing capacity are maintained. 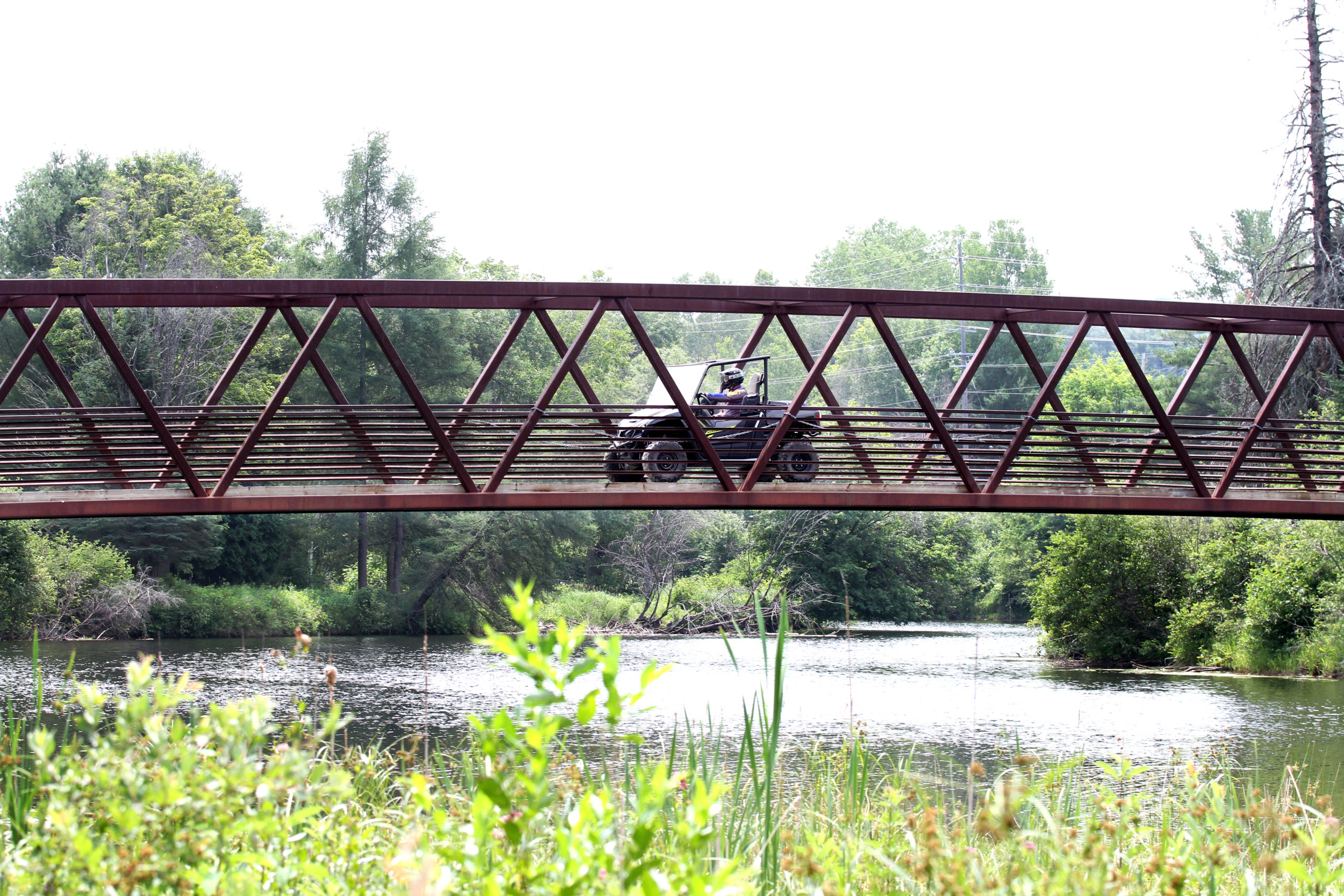 The Wolverine also has plenty of power, though you’ll not mistake its thrust for a 1,000 cc-plus machine. The Yamaha’s 847 cc double-overhead-cam, parallel-twin has a 270-degree crankshaft that mimics the firing order of a V-twin, (which is why it sounds like one) while maintaining the ease-of-packaging for engineers that is the parallel twin’s major attribute.

Sophisticated is the word that comes to mind when describing the Wolverine’s powerplant. The drive-by-wire throttle means that a computer intervenes between the sole of your boot and the engine, but don’t worry, you’d never know it. Throttle response is instantaneous, but not abrupt, and with rubber mounting and counterbalancing, the engine’s smoothness is commendable. Yamaha, justifiably, is proud of this achievement, and claims “Driver and passenger can enjoy full conversation at any RPM, thanks to the quietest cab and engine in the class.” It’s a boast we mostly agree with, but our test Wolverine emitted a howl from somewhere within its drivetrain that became louder as speed increased, but whose origin we could never precisely pinpoint. In our first ride on the Wolverine, (ATV Worldmagazine, volume 15, issue 3) no such noise was noted, so perhaps our test unit led a harsh life before landing in our hands. 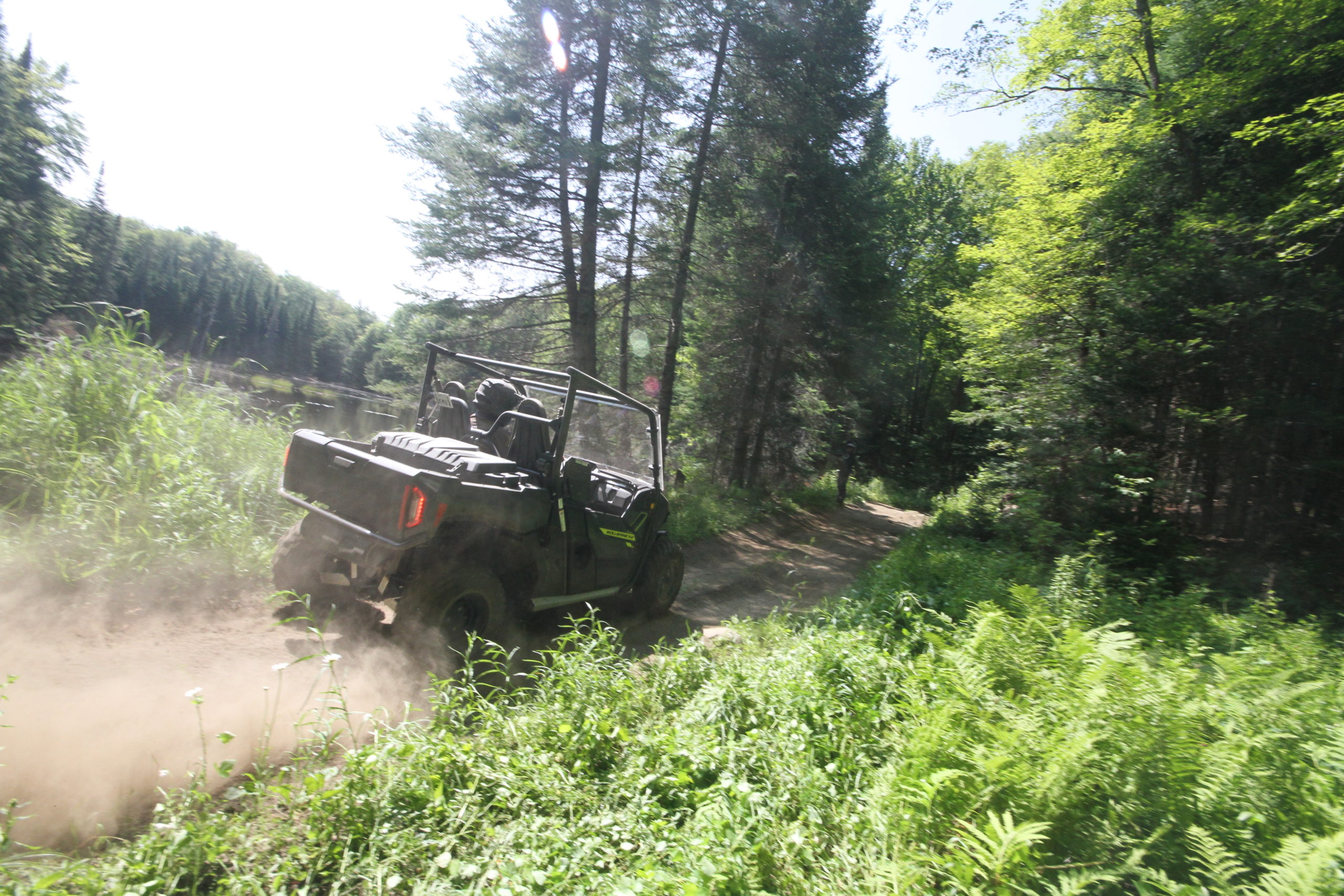 Driveline rumblings aside, the Wolverine has refinement beyond what’s normally found in its segment. The clutching in particular, is spot on, and engagement is crisp and smooth. Allied with its speed-sensitive electric power steering, everything from mud bogs to smooth, high-speed trails are dispatched with ease. The Wolverine has been the recipient of the kind of engineering we expect from a Japanese brand. Need more proof? In the midst of hammering through knee-deep mud, on a near 40-degree day, and while other machines from other brands were overheating and spewing antifreeze dramatically into the atmosphere, the Wolverine idled calmly, with its radiator fan yet to even engage. When you’re hot and covered in mud, and just want to make it home with a minimum of fuss, you’re particularly thankful that Yamaha engineers took the time to sweat the details. 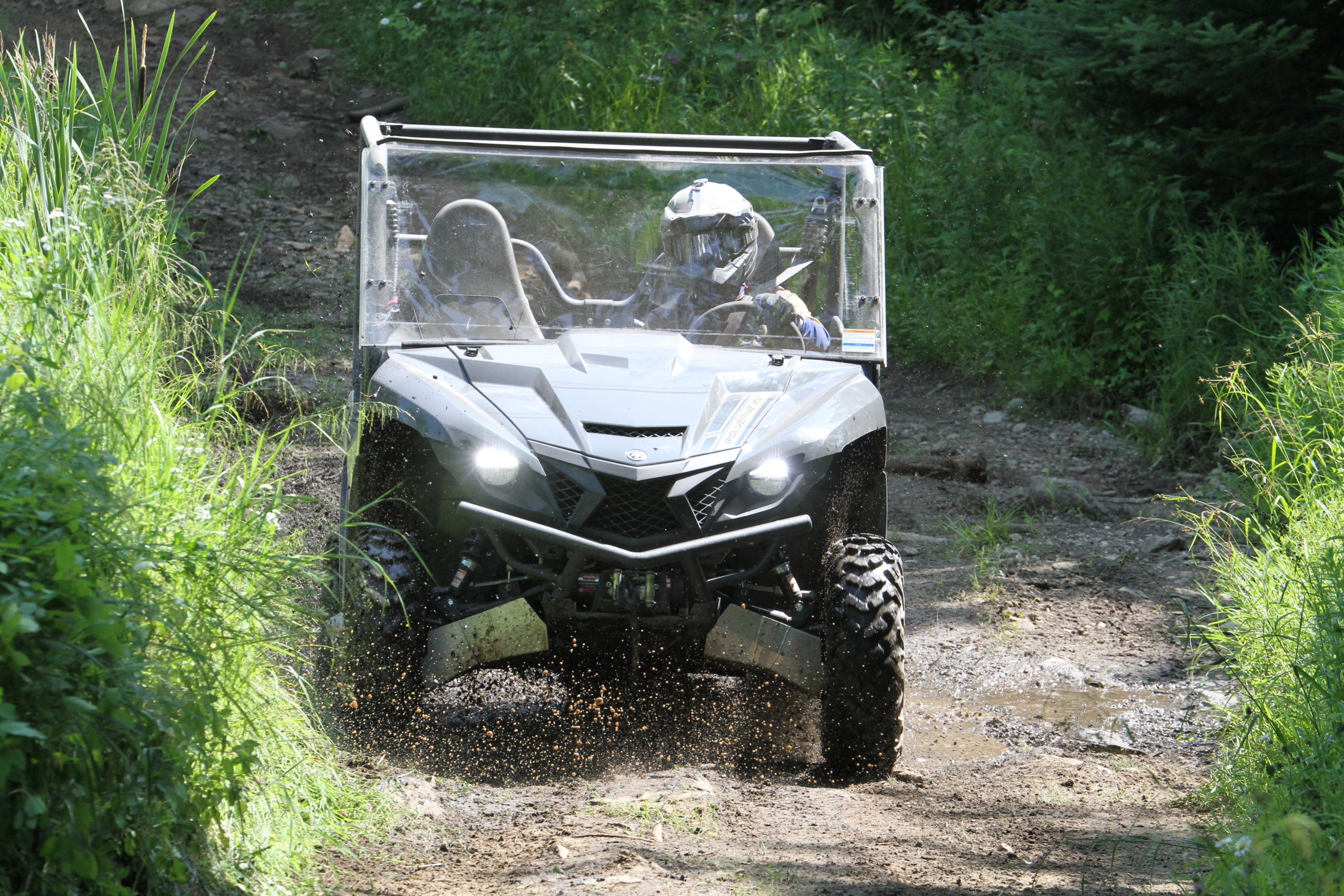