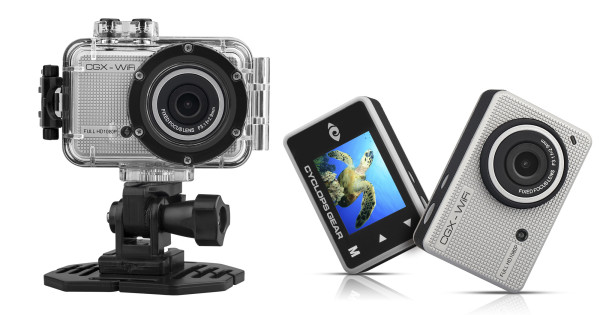 A lazy Saturday morning here at the ATV World headquarters but obviously the kids at BRP have been busy…so much so they dropped this into our inbox earlier today. Looks like they’ve been busy on the partnership side of things, inking a new deal with Cyclops Gear and Kappa. Here’s the official word from Can-Am HQ:

The agreement also provides BRP’s Can-Am brand with the opportunity to sponsor 36 races of the GoFAS No.32 NASCAR Sprint Cup Series racing team, featuring drivers Jeffrey Earnhardt and Bobby Labonté, as well as the full 2016 season for driver Alex Labbé in the NASCAR Canadian Tire Series.

“Powersports enthusiasts are always keen to capture their adrenaline-filled moments on camera while Cyclops Gear’s motto is Capture Life. An association with BRP and its Can-Am brand is then completely natural. You add to that sponsorship through a vector as powerful as NASCAR racing and Cyclops Gear suddenly has all the tools to consolidate its position in the marketplace,” said Alain Lord Mounir, co-founder of Cyclops Gear,

The brand-new CGX2 action camera, loaded with features such as a 2” LCD screen, Wi-Fi capacity to be controlled with smart devices and 1080 resolution at 60 fps will be available through BRP’s North American dealers’ network

“Kappa has the skills to create stylish yet technical clothes that are appreciated by action-oriented customers throughout the world,” said José Boisjoli, BRP’s president and CEO. “Through this partnership, BRP’s clothing line provides more choice for consumers and invites a different clientele inside our dealerships.”

“BRP’s Can-Am brand is the natural choice for consumers looking for performance and style. Kappa shares these values. We are convinced that through our partnership with BRP and our NASCAR sponsorship, we will increase our brand awareness in North America, which will soon reach a similar level of recognition to the one we have elsewhere in the world,” said Lorenzo Boglione, Vice President of Worldwide Sales for Kappa.

BRP’S CAN-AM BRAND ENTERS NASCAR’S WORLD IN U.S. AND CANADA
The Can-Am brand, alongside Cyclops Gear and Kappa, also becomes an official team sponsor in the NASCAR Sprint Cup Series (NSCS) and the NASCAR Canadian Tire Series (NCaTS) for 2016. Can-Am will be primary sponsor for 13 races on the GoFAS No.32 racecar in the NASCAR Sprint Cup Series and associate sponsor for a further 23 races. Not limiting its efforts to brand positioning, BRP is also working on driver development by supporting promising talents Jeffrey Earnhardt and Alex Labbé while working with veteran NSCS champion Bobby Labonté. BRP firmly believes in the development of young talents and that this combination of experience and rising talents is the foundation of a winning team.