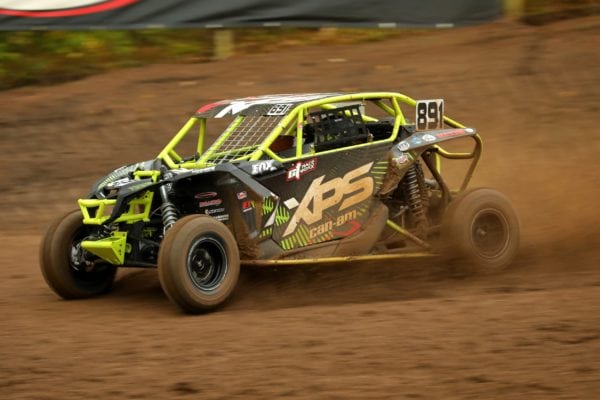 BRP, a world leader in powersports, is celebrating an outstanding 2017 racing year and is preparing for another great tally in 2018. It all kicks off later this week with the Dakar Rally in South America, in which the company’s Can-Am Maverick X3, the industry’s most powerful side-by-side vehicle, will compete for the first time.

“In 2017, BRP’s products really delivered the goods in competition,” said the company’s race manager, Sébastien Thibault. “The Can-Am Maverick X3 took very little time to establish itself in the racing world, a testament to its cutting-edge design and incredible performance.”

BRP’s racing successes are a perfect expression of how we are committed to a thrilling and unforgettable experience for all riders. The refinement and attention to detail possible through honing our expertise in the competition world allows us to innovatively improve the overall customer experience with all our products, whether they are intended for racing or not.

Can-Am Winning in North America and All Around the World
Can-Am X-Team drivers won three prestigious racing championships in North America with the Maverick X3 side-by-side vehicle in its first full year of off-road competition.
Phil Blurton had an impressive rookie season by winning the Best in the Desert (BITD) championship in the Pro Turbo Production UTV class, a first for Can-Am.

In the SCORE International desert racing series comprising the legendary Baja 1000 in Mexico, Marc Burnett won the Pro UTV Forced Induction class title. This was his second SCORE International championship after the one he earned in 2014 with the original Can-Am Maverick.

Kyle Chaney also had a banner year with the Maverick X3, winning the 2017 TORC (The Off-Road Championship) championship in the Pro UTV Mod class.

The Can-Am Maverick X3 made its mark elsewhere in the world in 2017, winning major races in several countries, including these:

Considered one of the toughest ATV competitions in the world, Hunt the Wolf in Romania has an “Extreme” category which Radu Lungu won on a Can-Am Renegade 1000. Most participants in this race were riding Can-Am ATVs. In Germany, Marko Sturm earned two major titles on his Can-Am Renegade. 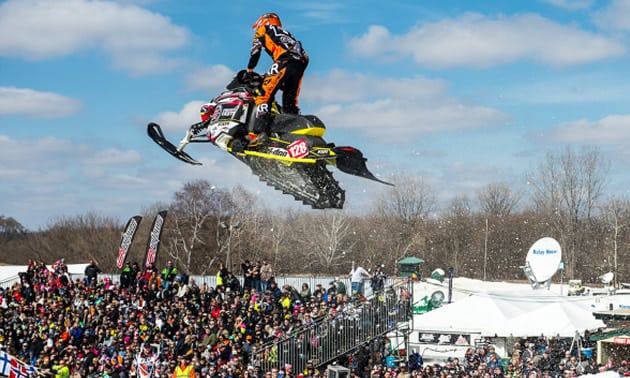 Another Strong Year for Ski-Doo and Lynx in Snowmobile Racing – On the snow, Ski-Doo more than held its own. Ski-Doo X-Team racers won five of the seven International Series of Champions (ISOC) SnoCross titles in the United States. Aki Pihlaja took the championship in the Pro Lite category while Hunter Patenaude won in the Sport category, Kurt Bauerly in the Pro AM Plus 30 category and Jordan Lebel in the Junior 10-13 and Transition 8-12 categories.

In Sweden, Adam Renheim won both the Clash of Nations and the FIM Snowcross World Championship with Ski-Doo. All top six positions at the latter event were held by Ski-Doo and Lynx snowmobile riders. At the Arctic Cat Cup, Lynx racers swept the podium. Viktor Hertén won this snowcross race and two more in Finland.

Sea-Doo Remains On Top In Personal Watercraft Racing
On the water, the Sea-Doo X-Team extended its dominance to a record seven consecutive years in the two premier classes of the IJSBA (International Jet Sports Boating Association) Pro World Championship. Kuwait’s Mohammed Burbayea captured his first Pro Open championship aboard his Sea-Doo RXP-X while Hungary’s György Kasza added to his long title list by finishing atop the Pro GP class. In the Pr0-Women class, Kylie Elmers won another championship.

At the UIM-ABP Aquabike World Championship held in Europe and the Middle East, Sea-Doo rider Yousef Al Abdulrazzaq from Kuwait won the Runabout GP1 title for the fourth time.

For BRP, 2018 is promising to be another great year in the racing world. Even more Can-Am Maverick X3 drivers will take part in competitions worldwide. Ski-Doo just launched its REV Gen4 snowmobile platform on the circuit. And Sea-Doo will have a full year of watercraft racing with the game-changing ST3 hull.