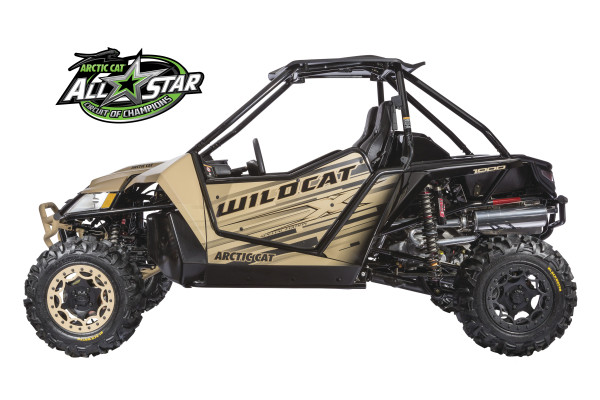 Arctic Cat continues to show signs of more energy within the off-road world as they ramp up their marketing efforts once again, this time with NASCAR champion Tony Stewart and his All Star Circuit of Champions, a traveling sprint car series that will now prominently feature the Arctic Cat name. In addition to naming rights, Arctic Cat will also participate in the series by way of exhibition races with Wildcat side-by-sides on the same tracks the sprint car stars will race on. The title sponsorship should garner Arctic Cat significant exposure in key off-road markets for the coming year. Here is the official release from Arctic Cat:

“All of us at Arctic Cat are thrilled to be the title sponsor of the All Star Circuit of Champions in 2016,” said Greg Williamson, Arctic Cat’s Chief Marketing Officer. “Tony Stewart has long been a member of the Arctic Cat family and the association on the grassroots level is a great fit for our brand. Fans can expect to see many of our products on display at a large number of All Star events in 2016.”

The Wildcat™, Arctic Cat’s high-performance side-by-side, will be showcased at numerous All Star events. Riders will participate in Wildcat exhibitions, racing head-to-head on the same racing surface as the All Star Circuit of Champions. Arctic Cat representatives will be in attendance regularly over the course of the season, displaying current and new models, as well as conducting ride-and-drive events for race fans.

“We cannot thank Arctic Cat, Greg Williamson, Mark Miller and their entire team enough for their support of the All Stars,” Stewart said. “We look forward to growing the Arctic Cat All Star Circuit of Champions and promoting the Arctic Cat brand throughout the year. I might even participate in a few ride-and-drive events with the fans.”