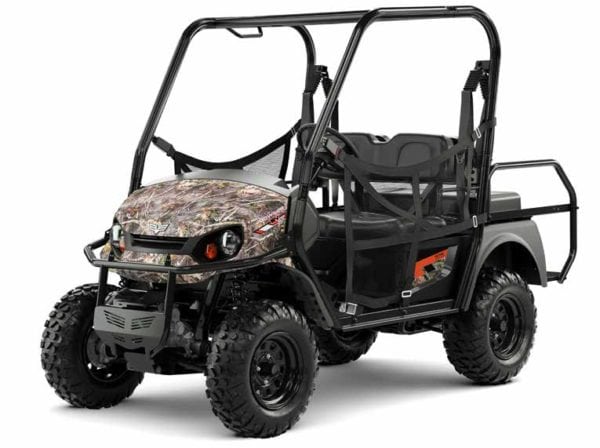 Since the Textron acquisition of Arctic Cat this past spring there has been plenty of rumors and speculation swirling regarding the future of the Arctic Cat brand. As the summer months turned to fall, some clarity started to take shape. The Arctic Cat badge would remain for snowmobiles, but Textron Off-Road would be the new calling card for the off-road line-up which would combine existing Arctic Cat vehicles and Bad Boy models (the former brand name for Textron’s off-road vehicles). With the dust finally settling and the model mix coming into focus for 2018, our attention turned to what the future may hold in terms of all-new models? 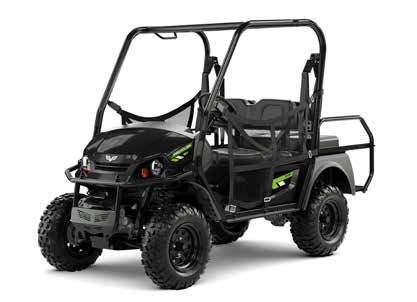 While we likely won’t see any real fruits of this new relationship for some time, the first hints at what is likely to be a more aggressive off-road approach landed upon our desks a week ago. The new Prowler EV is the first buggy to arrive from Textron Off-Road as part of their new premium electric vehicle line. Available in two models, both feature a 73volt power system which touts six heavy-duty 12-volt batteries. Top speed is just under 25mph; with a top speed of 16mph in the max-range mode. The standard model touts a solid-axle, leaf-spring suspension, and the “i.s.” version features an independent MacPherson strut system (but with no mention of available travel).

Other features include four-wheel hydraulic brakes, a convertible rear facing bench seat (think golf cart here kids), and a towing capacity of 1,000-pounds with a 400-pound payload to match. Both models are available in black or camo. The release from Textron gave no mention of when these vehicles would be available in dealerships.