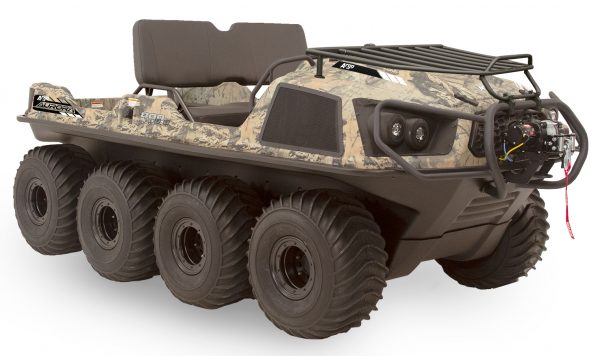 ARGO, one of the worldwide leaders for amphibious Extreme Terrain Vehicles (XTVs), has announced the introduction of 2 additional models to its 2021 model year lineup. Expect to see the new models, the new Aurora SX and Aurora SX Huntmaster to hit dealerships by late March – Early April.

“Field demand for all of their models has been incredible during this past year but they kept being asked about a liquid cooled model in their premium Aurora platform” stated Kevin Asselin, ARGOs Vice President of Sales. “We put a lot of stake in the voice of the customer and we heard them loud and clear here. We know demand for these models will be high and quickly become one of our top sellers!”

Kevin went on to say “The Argo line of amphibious Extreme Terrain Vehicles are gaining popularity as an alternative to the traditional Side x Side and as we continue to grow our dealer base, this new Aurora 800 with a twin cylinder, liquid cooled engine will be a key model for both the recreational and commercial markets.”