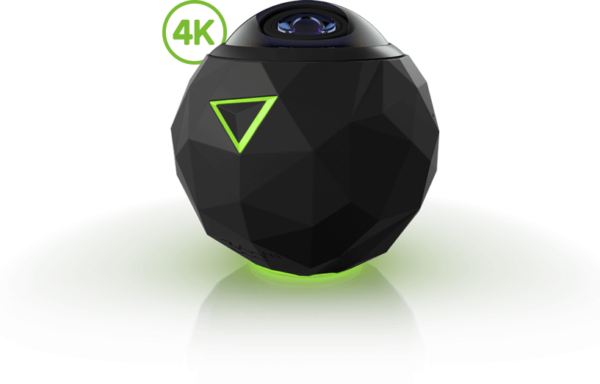 If you haven’t heard of 360fly than you are missing out on a whole new viewing experience. This camera has an 8-element glass ultra-fisheye lens that can shoot a full 360 degrees horizontal and 240 degrees vertical field of view, giving you the ability to shoot 360 degrees. That’s right – you can now capture more than just the rider but the entire world around him, putting you in the center of the action. This action camera can also shoot first person POV, VR-compatible footage, and 360 degree stills for action shots.  This is a dust proof, shockproof, and water resistant camera that has a built in microphone with Wi–Fi, and even Bluetooth.

Don’t be like the rest of the riders; take filming to the next level with 360fly 4K Video Camera. Available in both 4K or HD; both capable of shooting 360 degrees.

It doesn’t stop there…. 360fly doesn’t just offer you 360 degrees of footage, it also offers you the chance to share your footage with the world. Download the 360fly app for free, and you can share your experience on the trails even faster. The 360fly mobile and desktop app serves as your camera’s viewfinder, controller, editor, effects studio, library and more, share your 360-degree video’s with your family and friends on social media all from a click of a button on your mobile phone and laptop.

Check it out for yourself, www.360fly.com