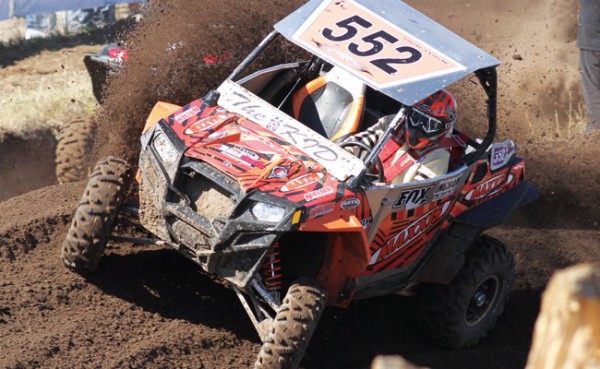 When word reached our offices of the return of TerraCross racing early this spring, plans were immediately spawned to get us in the driver’s seat and on the line at an upcoming race. The made for television racing features classes for both utility ATVs and sport side-by-sides in what can best be described as a motocross course on steroids. The “natural” terrain of the track is enhanced with man-made mud holes, buried boulders, telephone poles, half-buried tires and more. With only two events scheduled on the season, we scrambled to get our very own Editor Nick Nelson strapped in for the Championship round in North Branch, Minnesota as part of the Sno-Barons Haydays snowmobile grass drags and swap meet this past September.