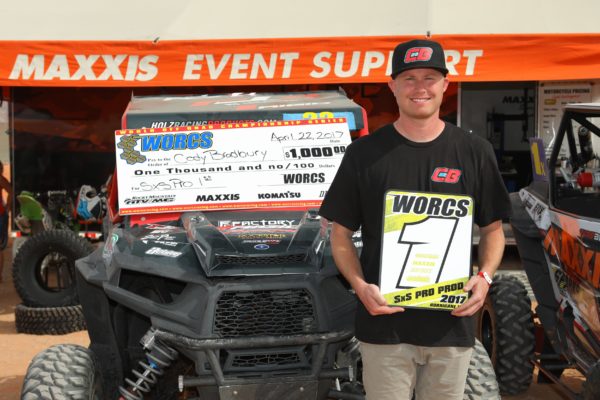 Race update from WORCS Round 8 from our pals at Polaris. Once again the RZR is the one to beat in Pro ranks with Cody Bradbury taking the win in a podium sweep performance. Here’s the update direct from big P:

Cody Bradbury won the SxS Pro class with his RZR XP Turbo EPS at WORCS Round 7, at Sand Hollow State Park, in Hurricane, Utah. RZRs swept the podium in the class with teammate Ryan Piplic taking second. The win was the second of the season for Bradbury and moved him to second place in the standings. Piplic is following closely behind in third place.