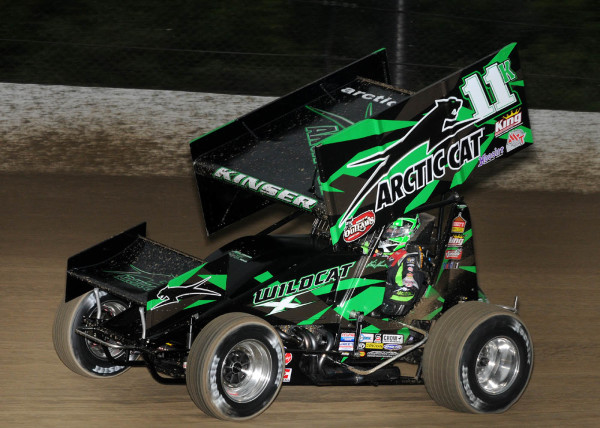 “Arctic Cat is proud to sponsor the No. 11K of Kraig Kinser for the 32nd Annual Kings Royal race at Eldora Speedway,” said Tracy Crocker, VP/GM of Arctic Cat’s ATV Division. “When we place the Arctic Cat name on a vehicle, you know it’s built with pride for people who appreciate technology, quality and a long-running tradition of grabbing life by the steering wheel and holding on with conviction.”

The special-schemed No. 11k Arctic Cat car will be unveiled during a public ceremony at Tony Stewart’s Eldora Speedway in Rossburg, Ohio on the midway behind the turn three suites. Representatives from Arctic Cat and both Kraig and Steve Kinser will be part of the unveiling.

“We couldn’t be more excited to have Arctic Cat join us for the biggest races of the year,” said Steve Kinser, owner and father of Kraig’s No. 11k. “These are the events you want to have success in and being able to bring a company like Arctic Cat along for the ride is really exciting. We’re going to do everything we can to come out on top and park the Arctic Cat car in victory lane.”

Kinser is currently 10th in the World of Outlaws Sprint Car Series standings through 44 races.