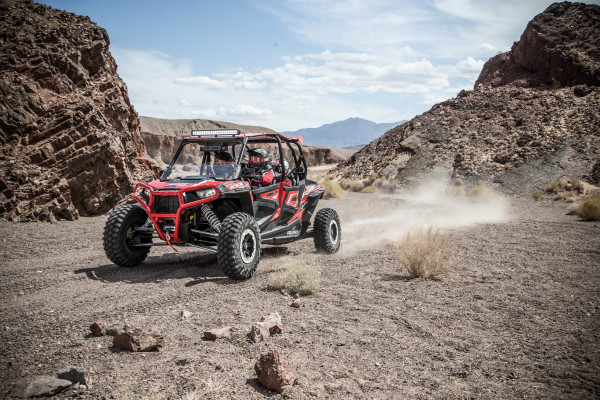 More is more, and in keeping with that theme, the Poalris RZR XP 1000 and XP 4 1000 will come to market this summer with more power. Marketing hyperbole aside, the new RZR should produce about 3 more ponies total, a smidgen really, and one that will be tough to feel by the seat of the pants meter. To get the 3-pony max gain, Polaris engineers boosted the compression, bumped cam lift and duration, and re-calibrated the intake and exhaust across the board. The bump to 11-1 compression will mean high-octane fuel will be required to hit the 110-pony mark. Other changes include improved clutch cooling, an areas where the big RZR has had issues over the past season due to extreme belt temp conditions. The new design is said to deliver twice as much airflow to the drive and driven system. Here is the “official” word from Polaris:

Polaris Industries Inc. (NYSE: PII), the leading manufacturer of off-road vehicles, today announced the Model Year 2015 RZR XP® 1000 and RZR XP® 4 1000  will feature a higher output 110 horsepower to dominate the dunes, desert, trails, race track or anything that stands in their way.

Introduced for Model Year 2014, the RZR XP 1000 and XP 4 1000 brought significant innovations to the segment, while adding a new level of interior comfort and accessory customization. The vehicles were built for the pinnacle of performance with an all-new Polaris ProStar® 1000 engine that provided an industry-leading 107 horsepower with a true 999cc of displacement, making it the most powerful and largest engine in its class. For 2015, Polaris ups the ante again by giving the class-leading vehicles an incremental power upgrade to keep RZR at the top of its game.