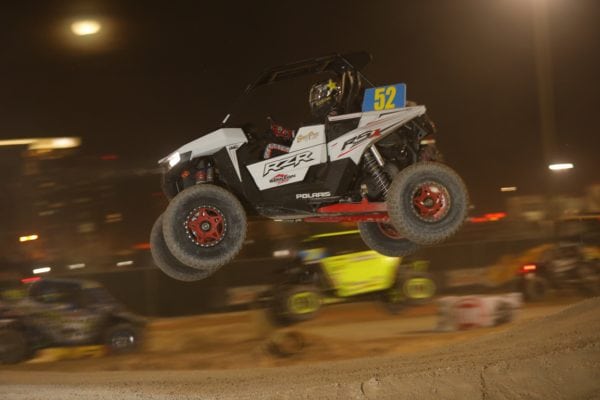 Whether it has two seats or just one, the Polaris RZR has been the one to beat. However the margin of victory has been getting slim as both Yamaha and Can-An have unleashed some worthy metal of their own and in the process spent some time on the top box. But Polaris is looking to stop these changing tides and one way they hope to do so is with their new RZR RS1 single seater, rally-inspired buggy. The crew at ATV World had a chance to sample the ride late last fall and we can attest the new side-by-side (errr, uhhh, make that side-by-nothing) is legit, serving up a level of nimble and agile handling never before experienced in a production RZR platform. To prove the point, Polaris was racing the new ride just days after they unleashed the single seater, and it immediately went to the top of the box. Here’s the official release from Polaris, complete with trade marks, circle R registrations, and marketing speak:

Just days following its commercial release, the all-new Polaris single seat RZR® RS1 captured two first-place finishes in its first competitive race this weekend at the WORCS season opener at Orleans Arena in Las Vegas. Polaris Factory Racing athlete Ronnie Anderson swept the Pro Side by Side classes, taking the title in the SxS Pro and Pro Stock classes, with a dominating performance in the new RZR RS1.

Ronnie’s nearly bone stock RZR RS1 – only upgraded to meet racing safety requirements – out paced the competitive field, even besting turbo vehicles in the production and stock class. Following the recent announcement of its own exclusive class in Red Bull Global Rallycross, and now winning its first official race, the new RZR RS1 is already proving it is setting a new standard where power meets precision and performance. 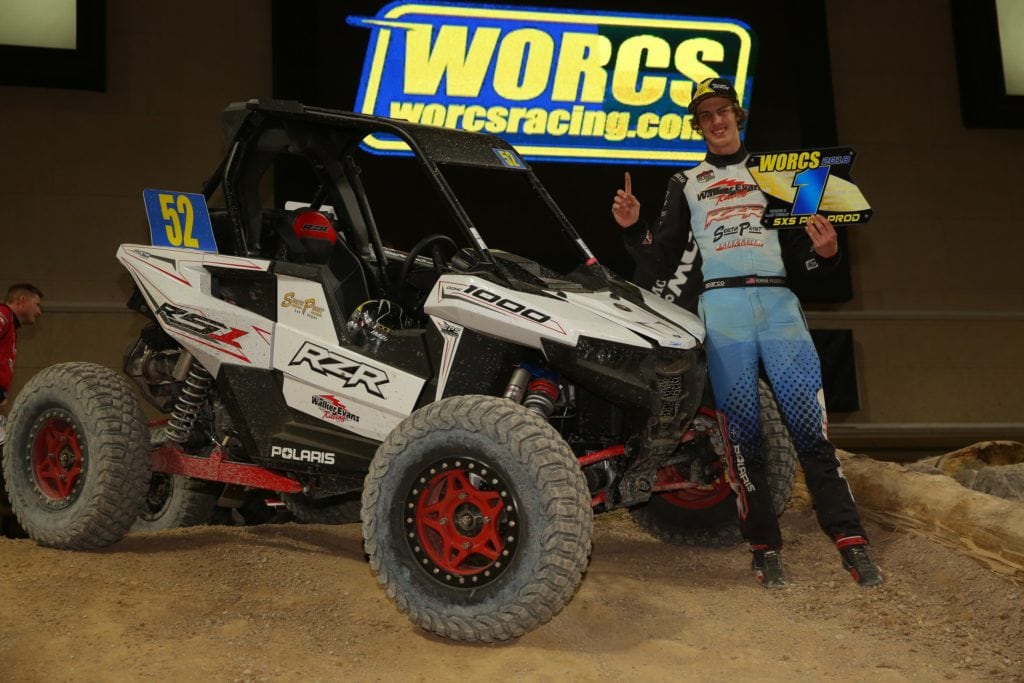 “The RZR RS1 did everything I asked of it today – incredible performance, unbelievably nimble, smooth and with tons of power,” said Ronnie Anderson, Polaris Factory Racing. “The Polaris design team has delivered the goods yet again. This is one serious racing machine.”

Coming off a dominant 22-win season in 2017, the Polaris Factory Racing team kicked off the 2018 racing season with victories at the Desert and Short Course Races at the GMZ UTV Winter Nationals Casey Folks Parker 250. The most dominating SXS team now has its sights set on taking its winning ways to yet another level, with the all-new RZR RS1 race-inspired machine. Polaris Factory Racing will return at King of The Hammers in Johnson Valley, CA on Wednesday, February 7.

Polaris’ most-agile RZR to date, RZR RS1 will also be the exclusive vehicle used in the new Red Bull Global Rallycross side-by-side class, Polaris GRC. The RZR RS1 will see its first Rallycross competition on Saturday, May 19 in the 2018 season opener at the Kentucky Exposition Center in Louisville.