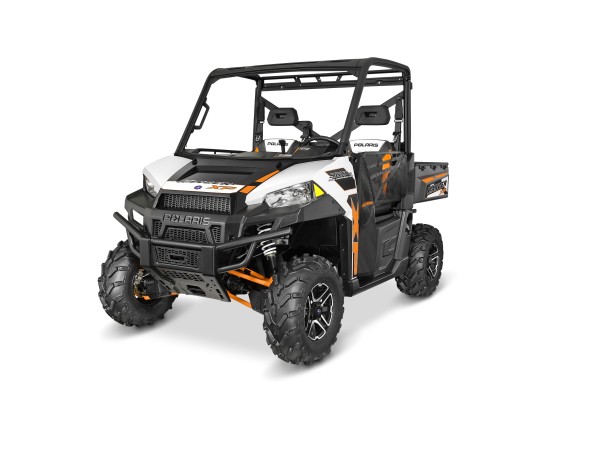 The big boys on the ATV/UTV block were at it again this week. Not only did Polaris announce plans to open up another facility in Minneapolis that would host up to 300 more suits in as part of their corporate structure; they also gave us a taste of new product news for 2015. While we few enthusiast will give more than an eyebrow raise about the corporate expansion at big P, there is one kind of news that does manage to get us a tad frothy at the mouth…more power. Yup, Polaris will inject more power into their Ranger XP 900 and Ranger Crew 900 for 2015.

According to the “official” release from Polaris, the new Ranger XP 900 series will now produce a peak power of 68-ponies, that’s up 13-percent from the claimed 90-horsepower from the Pro-Star engine when first introduced back in 2013. The boost came from the same tricks used to pump-up-the-power for the RZR line. most notably improved intake and exhaust tracks.

Of course some new colors are in the mix along with fresh graphics. One other change is as Polaris calls it, “edgier headrest”. We’re not sure that’s even a word, and frankly we prefer our headrest to be a bit more cushy and rounded. All the marketing hype and speak of how amazing these new buggies are is sure to be found on the Polaris website. Future ATV World reviews of the more powerful Ranger XP 900 will be forthcoming once we can get our callused hands on one.