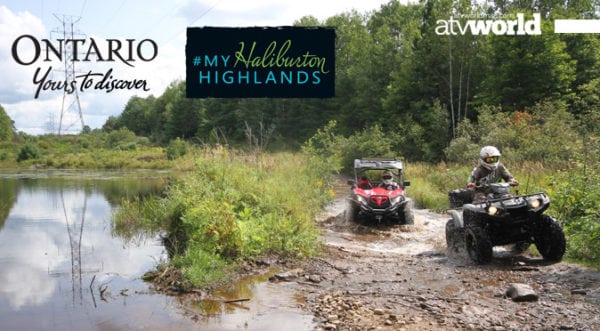 Variety. Apparently it’s the spice of life according to some old cliché, but it’s also the perfect word to describe the trail offerings found along the Haliburton ATV Association’s (HATVA) trail network that takes you through the picturesque landscape of the Haliburton Highlands. The HATVA is comprised of over 1700km of well signed, maintained trail, with the vast majority of it found within the Haliburton Highlands region. As legislation welcoming ATV/UTV enthusiasts continues to improve in the province of Ontario, we decided to sit down with members of the HATVA to plan a multi-day exploration of their trails, to showcase what the region had to offer.