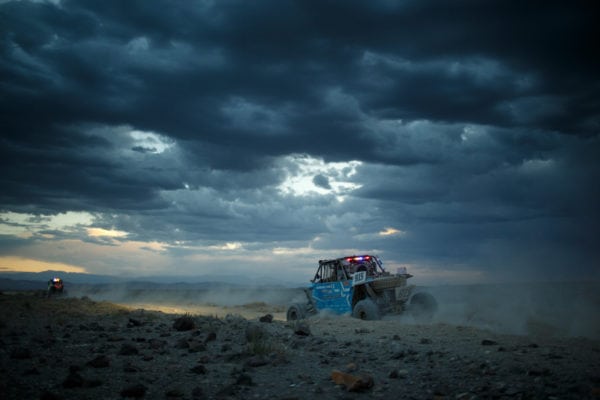 With roughly 60% of the starting grid for the Best in the Desert Vegas to Reno race comprised of Polaris RZR buggies, the odds were once again in favor of the most dominant brand in off-road racing. The 540-mile desert race featured top drivers and even star power as Travis Pastrana raced a Polaris RZR but succumbed to suspension failure midway through the race. Taking the win in the Pro Production class was Kristen Matlock aboard here Polaris RZR. But, the Polaris crew couldn’t get the win in the Pro Turbo class, as the team of Ellstrom, Holz, and Maclean finished second behind Can-Am drivers Blurton, Judge, Ruff, and Miramon.